by David Farmer | Directing and Devising

“There is no formula to the way we make theatre… It starts with an itch, a need, an instinct… We gaze at books and films, sketch and begin to form a concept; an environment in which the story can live, in which the actors can play. This physical world holds meaning and narrative, it is as much a story telling tool as the written word.” 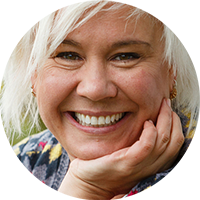 “Things don’t always arrive by lots of consideration. We think about things, but sometimes they happen by mistake. On the whole most of our work is about the tension between something that is funny and something that isn’t” – Paul Hunter.

“If you know exactly what you are going to do, what’s the point of doing it?” – Picasso.

Tips from the Idiot Doctor “It woke me up at four o’clock this morning and I haven’t gone back to sleep… I’m thinking: ‘This is a disaster! I don’t know why I am doing this!’ My stage manager is saying: ‘There are only 10 days to go – when are we going to get a script?’ It’s absolutely petrifying. The script will almost arise in my mouth as the lights go up – like a piece of jazz.”- Simon McBurney.

“Everything moves. Everything develops and progresses. Everything rebounds and resonates. From one point to another, the line is never straight.” – Jacques LeCoq Image from a devising workshop led by David Farmer.

Devising a piece of theatre can be a stimulating and exciting journey towards the development of a performance which is a fusion of the unique talents and creativity of the group. It is not a direct journey, but one in which you will encounter well-trodden paths, blind alleys and sudden surprises. In order to prepare, the group needs to have a good grasp of improvisatory skills. The following exercise helps students learn to accept each others’ ideas – a concept which is not only useful in improvisation, but essential in developing the dynamics of the group throughout the devising process.

Divide into pairs. One person begins by making an “offer” (putting forward an idea) and the partner replies with a sentence that begins “Yes, and…”. Try not to block your partner’s ideas, which can so often happen in improvisation. Instead, build on each other’s suggestions. As soon as confidence develops, you can add in actions. Use the space as much as possible.

A: It’s raining
B: Yes, and I’ve got a large umbrella
A: Let’s shelter under it
B: Yes, and the wind is blowing us into the air
A: We are flying over the sea
B: Yes, and we have landed on an island…

And so on. It can be a very liberating game, especially as we don’t often get the chance to say “yes” to everything! A key concept is that participants should avoid trying to push their own idea at the expense of their partner’s. You can also try the game with both of you saying “Yes, and…”. The literal “Yes” can be dropped completely as soon as acceptance of each others’ ideas begins to become more automatic. In contrast, it may also be worth briefly exploring what happens if one of the partners always says “No”.

(By the way, we regularly run courses on directing and devising where you can try out these and many other approaches.)

So they understand the concept: what now?

Once the class have become familiar with improvisation techniques, they can begin devising short scenes. The next activity enables the group to come up with some starting points and a simple structure for a devised story.

Work in small groups of 4 – 6. The groups are asked to invent a selection of random sounds – with each group member making one vocalised sound. Next, the group decides on a sequence in which these sounds are made and practices it. Each group performs its sound sequence in turn to the whole class. Now the groups are asked to make up and rehearse a story in which these sounds occur – in the sequence already decided upon. The story could be narrated or acted, or a combination of both.

Any devising process will benefit from a playful approach. Allow time to experiment with ideas first, rather than being in a hurry to fix scenes and storylines. Encourage improvisation rather than discussion. It’s easy to get bogged down in whether an idea may or may not work. There is only one way to find out – by getting up on your feet. Try out conflicting ideas – it’s amazing how often a solution or unexpected insight can come out of “mistakes” made during improvisation.

Once the students feel more confident in improvisation they can move on to creating longer pieces with a more specific objective, for example an issue-based theatre in education piece aimed at a particular age-group. This could be performed to lower years or at the local primary school. A structure for the piece could be provided by taking an existing story or fable and giving it a contemporary twist. Other ways in could be interpretations of visual art works, photographs, music, song lyrics or poetry.

Encourage the students to move away from pure naturalism and to think about creating strong visual images through physical theatre. The next exercise can be a good way to switch the mind off and let the body lead the creative process.

Students begin by standing in a space on their own. Each person makes three random poses – one high up, one medium and one low down, using a different spot in the room for each pose. Now they should find a way of moving between the shapes. Practice until the students know the positions and movements off by heart.

In small groups, the students should show each other their shapes and then devise a story or situation where some or all of those movements and shapes might fit. They can interpret the shapes and movements literally or abstractly, adding sounds or words if they wish. The exercise can be used on its own or applied as a technique for approaching a story or theme that the group is working on.

In devising, students should be encouraged to explore all the elements of theatre including mime, movement, stillness, sound, music and lighting. Experiment with staging, including theatre in the round, traverse and thrust as well as the use of different levels.

For devising longer pieces, it can be helpful to use a tape-recorder, video or stills camera to record an archive – you never know when a particular scene, character or idea might be useful. However do be aware that watching video footage of improvisations can be soul-destroying for the performers and so should perhaps be left to the director!

Finally ensure that you and your students have ample opportunities to see some of the best contemporary devised work by companies such as Complicite, Filter, Frantic Assembly, Gecko, Improbable, Kneehigh Theatre or Punchdrunk. Below is a video about a one-day course on devising theatre with David Farmer in 2011.

Read John Walton’s top tips for devising in The Guardian.

Thoughts about Devising and Creativity

‘MAKE MISTAKES’ – put this sign on your director’s desk or if you don’t have a director, hang it on the wall.

‘Creativity is like a cat – you can’t MAKE IT come to you. In order to catch it you sometimes have to walk away from it’ – Improbable Theatre A must for anyone keen to devise physical work Why Is That So Funny?

How to create comedic improvisation in rehearsal A brilliant collection of starting points and structures Inspirational games and exercises for drama lessons, rehearsal and devising A Practical Guide to Ensemble Devising

Valuable guidance and inspiration to steer you through the devising process