This engaging and interactive storytelling technique enables any kind of story – simple or complex – to be brought alive, even without prior knowledge of the characters or plot. As well as being the storyteller, the leader has a guiding role similar to that of an orchestral conductor or theatre director. Participants play characters, objects, places or events in the story, for example, a window, a church, a ship, the sun or a storm. It’s one of the activities we use on our one-day Shakespeare and Primary Drama courses and can also be found in Learning Through Drama – with an example for the story of Theseus and the Minotaur and Playful Plays – with a version of the King Midas story. You can download our lesson plan based on ‘A Midsummer Night’s Dream’, which includes a wonderful Whoosh Storytelling about Titania and Oberon.

How to do it The whole group stands or sits in a circle. Explain that everybody will have an opportunity to participate in the telling of a story by becoming characters or even objects in the tale. If at any time you say “Whoosh!, they should quickly return to their places. Begin the narrative and as soon as a key character, event or object is mentioned, indicate the first student to step into the circle to make a shape or pose. If two or more characters are introduced, then they can step in at the same time.

As more characters or objects are introduced, move around the circle so that all the students are given a chance to take part. This means that different pupils get to play the same character at various times and everyone gets a chance at trying several roles, regardless of gender. If appropriate the whole group can take part at once – for example, as a forest. The story continues to be told with more students stepping in as required so that a tableau is quickly built up.

Pupils begin by simply making a still image, then start to act out the story through movement as the narrative progresses. They can interact with one another and even speak improvised dialogue or repeat lines spoken by you. If you like you can add some props for people to play with – you may end up getting some great ideas on the spur of the moment!

Any time that the activity inside the circle becomes too lively, congested or confused, simply wave your arms, say “Whoosh!” and everyone returns to their original places. The story continues to be told and characters step into the space as required. You can say “Whoosh!” as many times as necessary during the story – it’s a very useful secret weapon!

Whoosh can be done with students of all ages – you just need to choose an appropriate story. The technique was devised by Dr Joe Winston of The University of Warwick and is regularly used by the Royal Shakespeare Company. The video below shows the technique in action with young people. Summaries for Shakespeare’s plays can be found at www.shakespeare-literature.com and www.rsc.org.uk 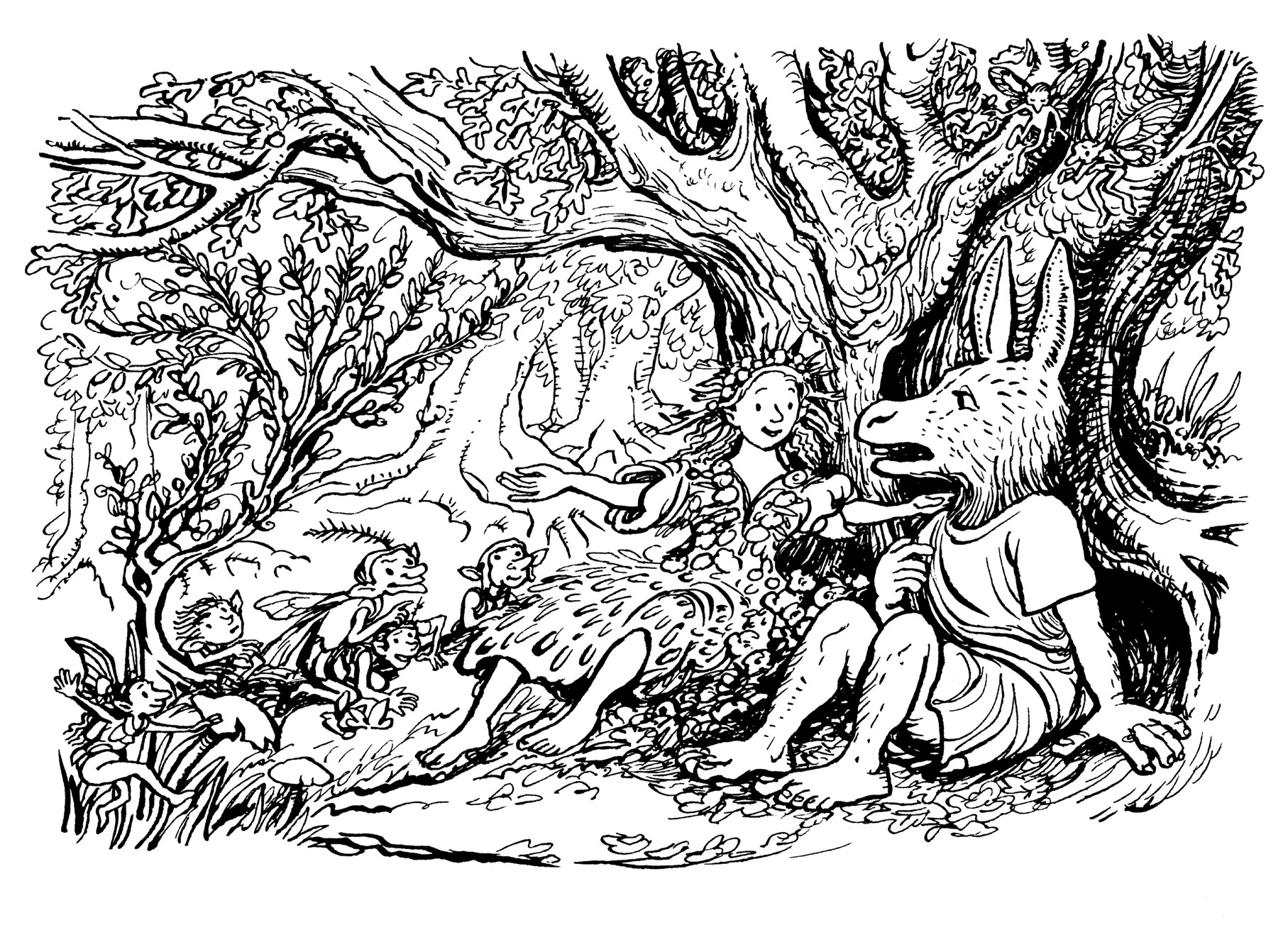 Drama activities based on ‘A Midsummer Night’s Dream’, including a live performance of the story of Titania and Oberon